In 2013, we had the opportunity to record the reminiscences of former ABC veterans Keith Gerrans, Helen Jamieson and Michaella Collingwood.
Sadly, Helen Jamieson passed away on Boxing Day, 2016.
Marie Sullivan kindly alerted other ABC veterans.
We have here a few items that Helen recalled from her working days at the ABC, before the introduction of ABC television on Saturday 7th May, 1960.
From 1937 to 1960, the ABC in Perth occupied the The Returned Soldiers’ Institute, also known as the Stirling Institute on St George’s Terrace, behind the Department of Agriculture and located in what was once the State’s only botanical gardens, Stirling Gardens, west of the Government House Ballroom and north of the Supreme Court buildings. The building was erected 21 years earlier and became the headquarters of the WA Branch of the Returned Sailors and Soldiers Imperial League of Australia (RSL) in 1918.
Then in 1960, the ABC moved from Broadcast House, to much improved facilities, on the former site of Rose Hill House, at 191 Adelaide Terrace in Perth.
Helen Jamieson  worked at the ABC for thirty nine years, where the former staff remember her with great warmth and respect. She managed to combine kindness with professionalism in a difficult area, working in the ABC’s Finance Department.
Many of the former announcers expressed great sorrow at learning of her passing.
Peter Holland, George Manning and Murray Jennings all remember her as a most helpful and delightful person.
Verity James kindly advised that Helen’s funeral service will be at the Norfolk Chapel , Karrakatta Cemetery on Tuesday 10th January, 2017 at 1:30 pm.
https://www.youtube.com/watch?v=sYYRCuDiuHM
Attachments area 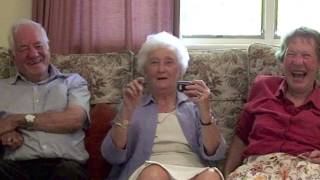