Sir James Cruthers (1924-2015) passed away peacefully on Tuesday 13th October, aged 90.  Information from WATV History
He was the founder of TVW Channel Seven in Perth, the first television station in Western Australia which opened on Friday 16th October 1959.
Not only was Sir James a television pioneer, he was also an investor in Australian movies, and years later,  a party with Rupert Murdoch (as his personal assistant) in the acquisition of 20th Century Fox studios in the USA. Sir James was also a philanthropist who established the TVW Telethon and the annual WA Christmas Pageant. He actively supported many charitable groups.
The Channel Seven Telethon raised $25.8m in 2015, taking Telethon’s total since starting in 1968 to more than $200 million.
Seven Perth Managing Director Mario D’Orazio paid Tribute to Sir James during the closing ceremony of the 2015 Telethon presentation.
https://www.youtube.com/watch?v=YDxfcPpGKNU
Under the management of Sir James, TVW Limited became TVW Enterprises Ltd and expanded to acquire Channel 10 in Adelaide, the cinema chain City Theatres to build Cinema City in Perth and acquire the 6IX Radio Network.  The Perth Entertainment Centre followed and the company was now a significant media conglomerate (from Bill McKenzies eulogy to Sir James).
The company also invested in Australian movies such as The Man from Snowy River and The Cars that Ate Paris, etc.
He retired as Chairman and Managing Director of TVW in 1981 and became Chairman of the Australian Film Commission.
In 1983 Sir James accepted a position at News American Publishing Inc as personal advisor to Mr Rupert Murdoch and worked with Murdoch for seven years in New York, London and Los Angeles. He was also chairman of The Sunday Times.
Sir James was knighted in 1980 for services to business, the arts, and the community and the same year was WA Citizen of the Year for commerce and industry. Sir James was awarded a UWA Honorary Doctorate of Letters in 2005.
The Funeral Service to celebrate the life of the late Sir James Cruthers Kt CitWA AO was held at St George’s Cathedral in Perth on Monday 26th October 2015.
https://www.youtube.com/watch?v=hVTqNJZmMe4 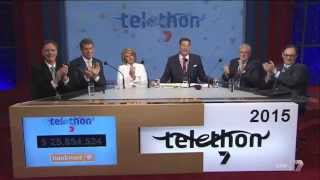 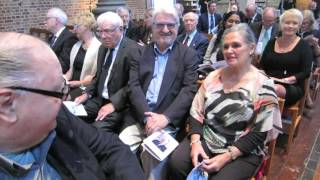 Earlier Bill McKenzie talked about the work of Sir James Cruthers as a broadcaster:

John Cruthers now talks about his Dad’s early days and their family life together.

Finally grandson Sam Cruthers gives us some of his favourite stories and memories about Poppa Jim.